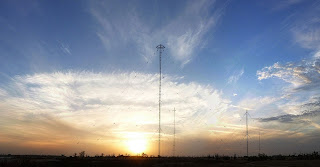 The award is issued free of charge in electronic format only.

Each connection with: - Jubilee radio UE80RWW, dedicated to the event - 30 points (required); - With the other stations of the Volgograd region of Russian Federation - 10 points.

September 5, 2013, the anniversary of the start of broadcasting, points are doubled.

Jubilee radio station will be on air from 1 August 2013 to 15 sentbyarya 2013. From 2 to 8 September will be held days of activity UE80RWW, dedicated to the 80th anniversary of the start broadcasting in Volgograd.

To obtain the award should be sent to the thesis committee request by e-mail as an extract from the log in a text format.